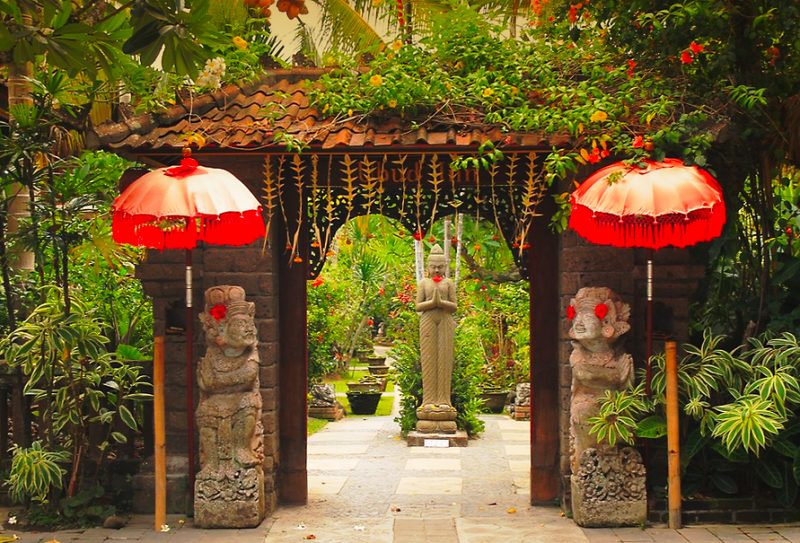 When researching the internet, there are many websites with lists of cheap places to eat in Ubud but a lot of the information is outdated or any price slightly under European standard is considered “cheap”. These are some places we decided to look up after finding them online.

“Try it”, he said. It’s not often you get something for free here. Then, he said this single piece of half-burnt fruit would cost us 25,000 rupiah (€ 1,65) – two people can eat a whole meal for that price. Some guy got angry with us saying it is just “little money” while complaining about bule. We still gave him 10,000 for it, although this was already too much in our opinion. We didn’t stay on the market any longer. 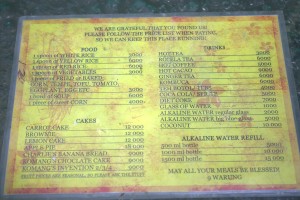 When looking around for a supermarket, there are many little shops called “supermarket” that look like a shop from a gas station. All they have is some noodles, chips, cookies and drinks. We only found one real supermarket in Ubud. Just a few minutes drive from the center, there is Bintang supermarket. There aren’t many supermarkets but surprisingly, Balinese supermarkets have a better and wider selection of western food than our previous destination, Portugal. They close at 10 PM.

Another “supermarket” is Coco Supermarket. They don’t have a big selection as Bintang supermarket but they have most of the basic stuff for cooking such as pasta. Also, they’re open 24 hours a day.

Older travel guides told people to go to Ubud to see the “true” and “unexplored” part of Bali. It’s clear this is no longer the case. Ubud is overrun by tourists and prices keep going up. However, honest prices are still to be found if you look further than the fancy restaurants along the main streets. In this article we have shown the cost of living in Ubud, which may be different than in other areas of Bali. We kept track of all our expenses in Bali as well, showing it’s possible to travel Bali for € 7 a day – and with current exchange rates it may even be cheaper, as long as prices stay the same.