Leeuwarden is the first town I ever visited in the Netherlands. It’s a sleepy little town albeit the capital of Friesland, located in the far North. People from the countryside speak Frisian, referring to Leeuwarden as Ljouwert.

Having their own culture, the Northerners like to distinguish themselves from the Southern folks. Indeed Frisians have a very rich heritage shaped by the rough North wind and idyllic green fields.

Leeuwarden was voted European Capital of Culture for the year 2018.

1. Pose for a picture with the Leaning Tower 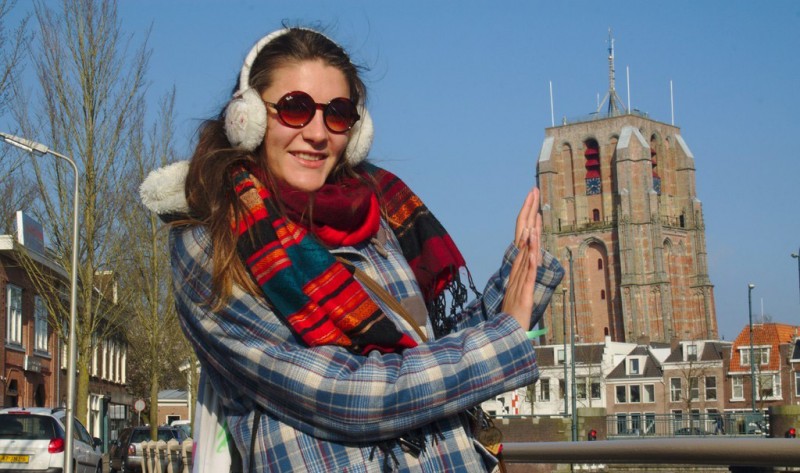 If there is one remarkable building in Leeuwarden then it must be the Oldehove. A tower that looks like it would topple over. Despite that, the tower remains in a stable position since the early 16th century.

Shortly after the beginning of the construction, the tower sagged due to the soft underground.
Visitors like to pose with the tower, reminiscent of people posing with the more famous Tower of Pisa.

2. Take a bike ride along the many canals and ponds 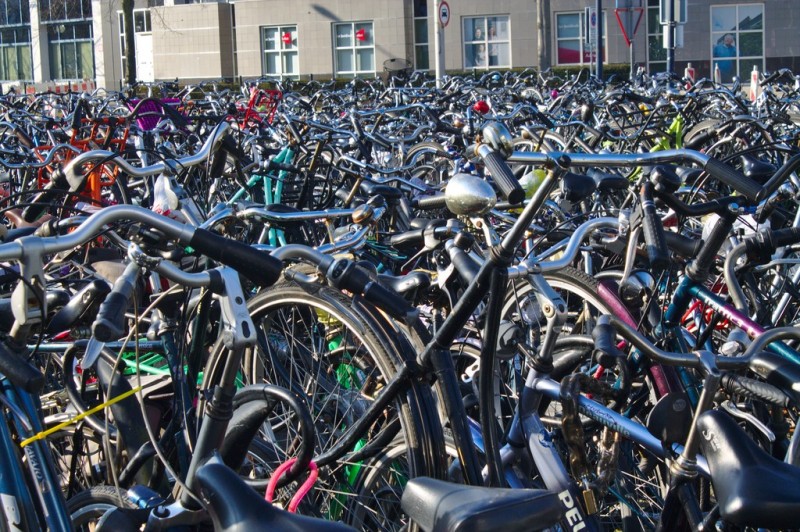 The Netherlands are built on water. Bicycle paths follow scenic routes along the canals or man-made ponds. Dutch people like their canals so much, that they even live in house boats. You don’t have to travel to Amsterdam if you want to see a city surrounded by water.

Bike rental at the train station: €7,50 per day

3. Visit the Psy-Fi Festival in summer

Are you interested in psytrance music? For those who never heard of it, psychedelic trance is a mix of electronic vibes and speedy riffs beaming you into mysterious spaces.

The Psy-Fi Festival is one of the biggest psychedelic music and art festivals in Europe. It takes place in a perfect natural environment within lakes, lush grass planes and islands. 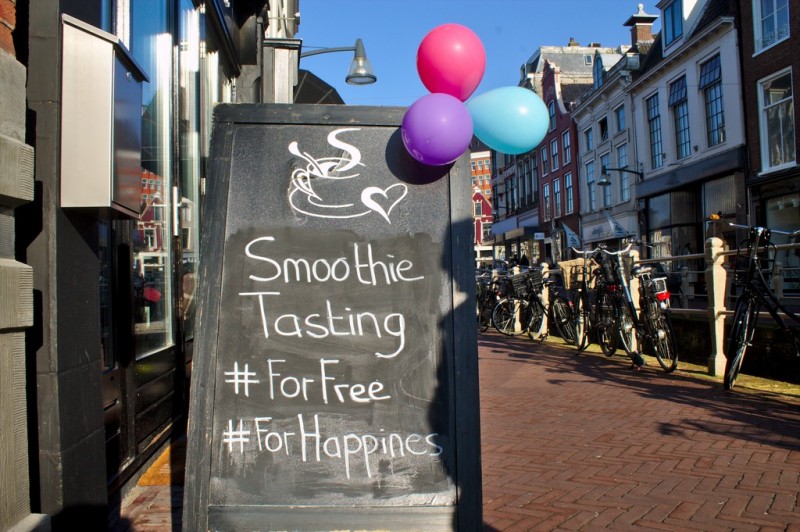 The Happiness Trail is a national project in the Netherlands. It is organized by many different locals in several Dutch cities. In Leeuwarden the Geluksroute took place for the first time in March 2016. Read more about it in our journal post. 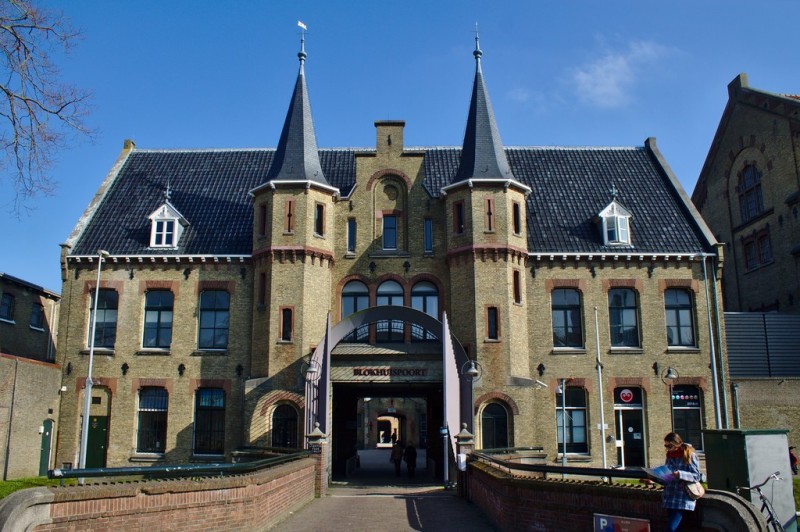 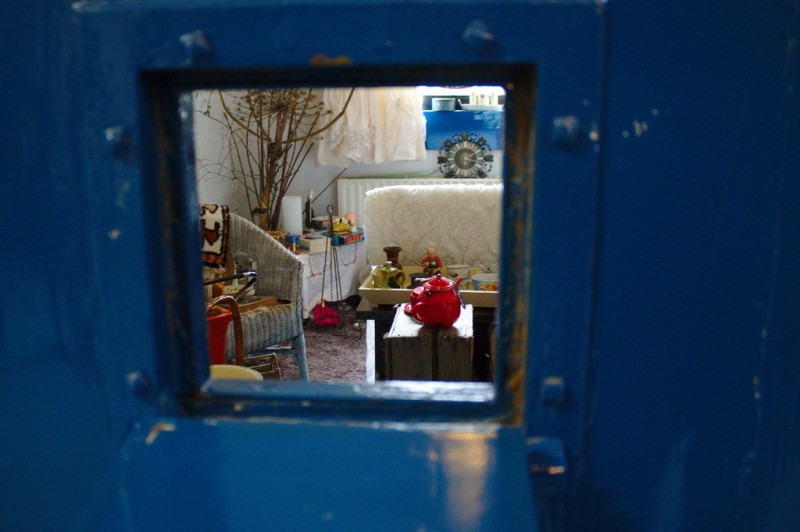 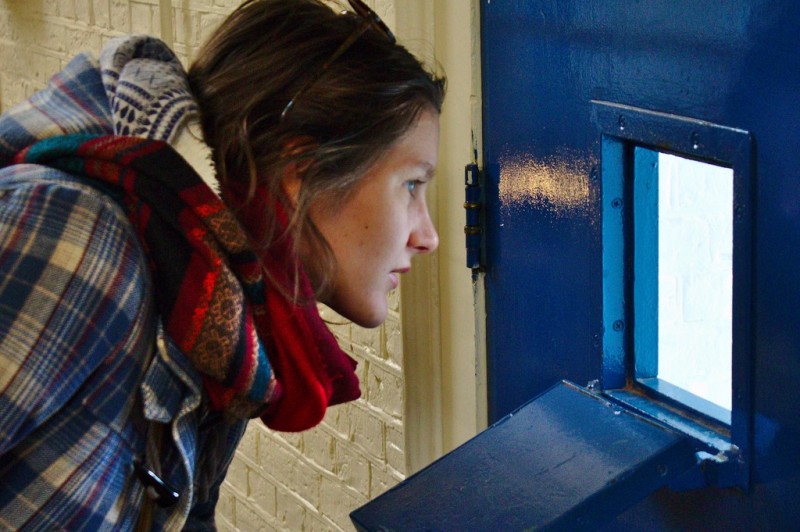 The architecture of the former prison is very special. It is reminiscent of a knight’s castle fort.
The cells were transformed into offices for start-ups, galleries, thrift shops or art studios. Even a tattoo studio and a hair dresser are welcoming you there.

The Blokhuispoort is the meeting point for the majority of Leeuwarden’s creative minds. Lately some of the cells were turned into hostel rooms, looking forward to host tourists next year for the capital of culture event. Would you be scared sleeping in a prison cell next to an execution chamber?

The Dutch have one of the best desserts in the whole world. If calories don’t matter to you, try the pastry section in any supermarket. Custard filled cakes, apple tarts, pannekoeken, oliebollen.

The choice is big. It would be awkward if you wouldn’t find something delicious fitting your taste. 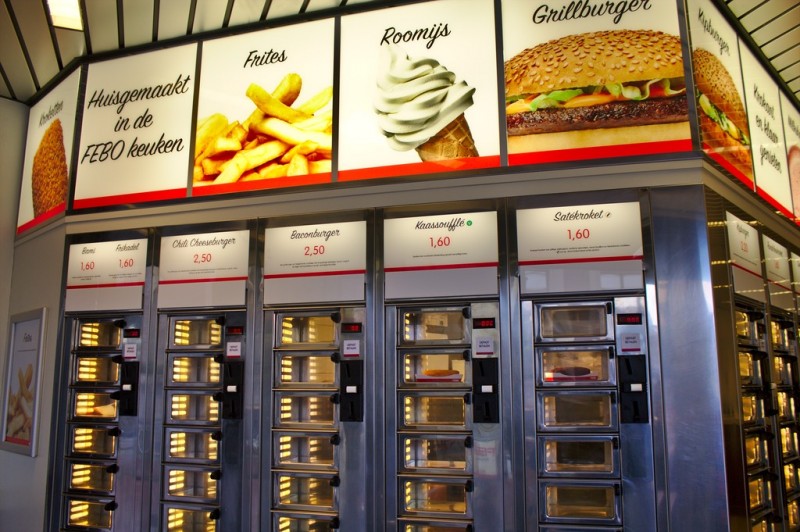 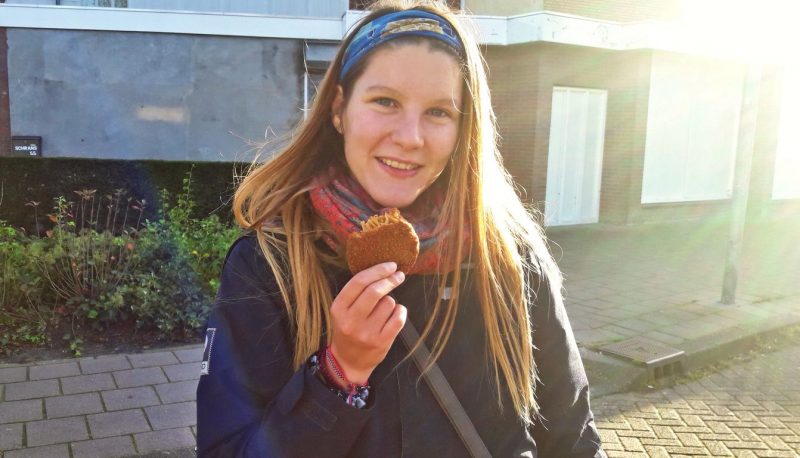 Patat (fries) are served with various sauces. Ever tried Patat Pinda? Fries with Saté sauce. So far I just found this variation in the Netherlands. From a wide selection of fried snacks, my favorite is the bamischijf, one of the few vegetarian choices.

8. Grab a drink in a coffee shop

Everybody knows what Dutch coffee shops are all about. Again, there is no need to go to Amsterdam to visit a coffee shop. Don’t worry. It doesn’t necessarily mean you have to smoke substances that make you see flying pink elephants. A coffee shop also serves coffee, who would have ever thought of it 😉

9. Join an event in the Neushoorn and see some street arts

Leeuwarden has a new location for music acts, movie premieres and cultural events.

If you happen to be in Leeuwarden, pass by for a drink. While there, check out the upcoming concerts and shows. The Neushoorn welcomes world-famous artists and performers. 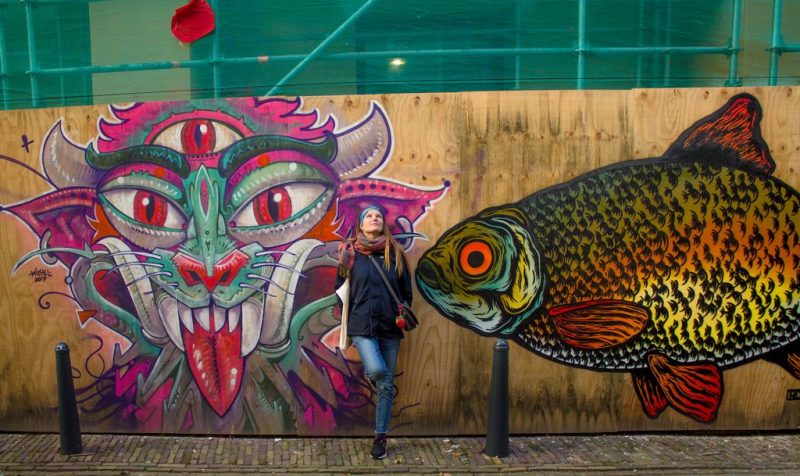 During the day, watch out for street arts in Leeuwarden’s city center. It can be quite hidden, but if you thoroughly read our article about the colorful streets of Leeuwarden, you won’t miss a piece of it.

10. Stroll through the parks 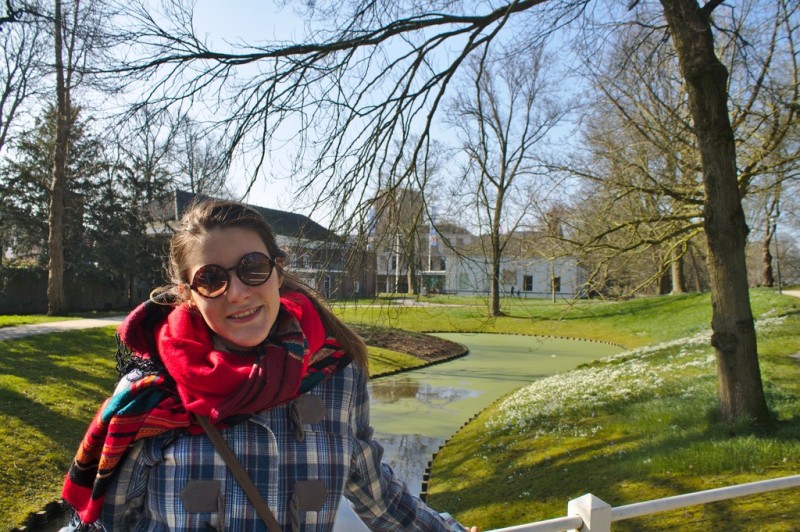 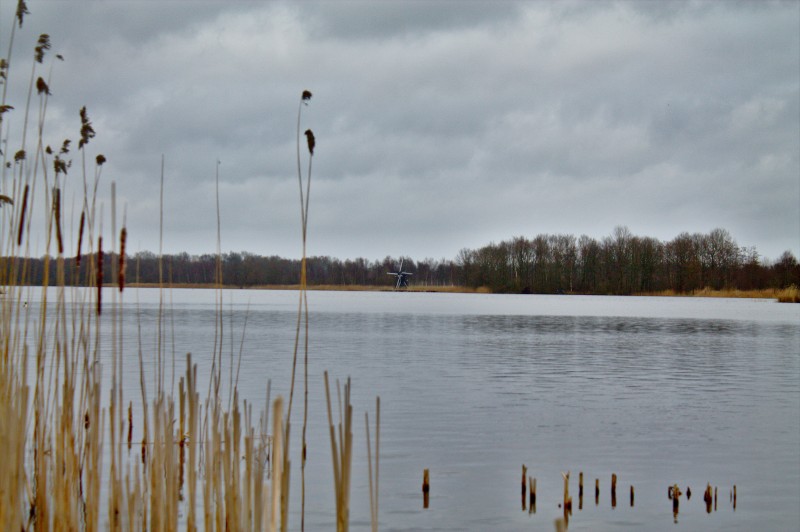 If you’re lucky enough to catch a sunny day, get yourself on the bike and head to one of the many parks.

The Prinsentuin is located in the center. In summer, concerts are organized in the music dome every Sunday.

The Groene Ster is where the Psy-Fi festival takes place. Man-made lakes and beaches invite for a swim in summer time.

Froskepôle is an island park for the tranquil Sunday afternoon escape.

11. Plan a trip to the countryside of Friesland 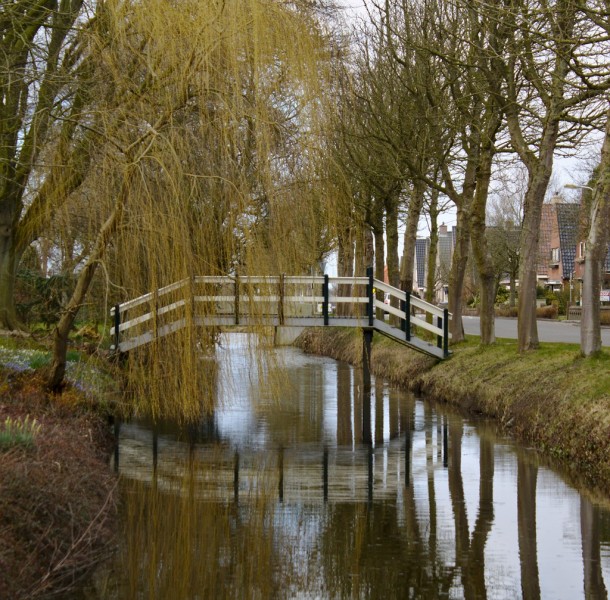 Friesland covers wide areas of grassland and farmland. The strong smell of nature (or to say it how it is: the smell of cow shit) makes you feel like you left the city far behind.

12. Embrace the freedom within thousand hectares of emptiness 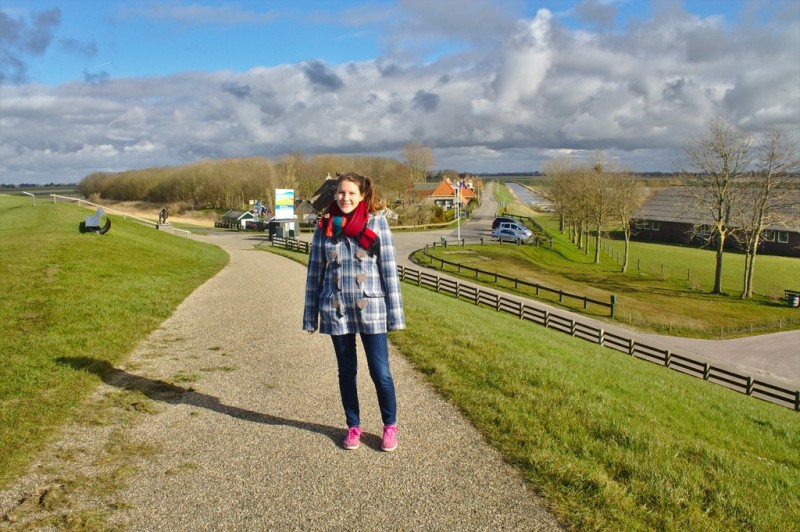 The rural outskirts of Friesland are the perfect symbol of freedom. Thousand hectares of farmland await you. If you search a place in solitude, you’ll already find it just a few kilometers out of town.

Once you’re in Leeuwarden, it’s not hard to get to one of the Frisian islands. Ferries leave from Harlingen and Holwerd, both about half an hour from Leeuwarden, setting course for Vlieland, Terschelling, Schiermonnikoog and Ameland. It’s best to go there in the summer months. 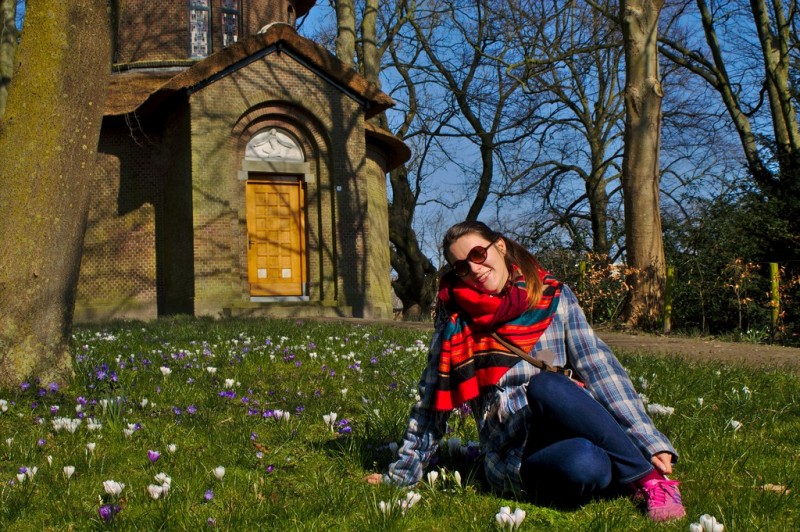 Leeuwarden is unfortunately a city with a high average of rainfall. Apart from the rainy days, the strong wind coming from the North Sea is a factor that should be taken into consideration when planning a trip to Leeuwarden. You can’t do anything wrong if you’re going there in summer. 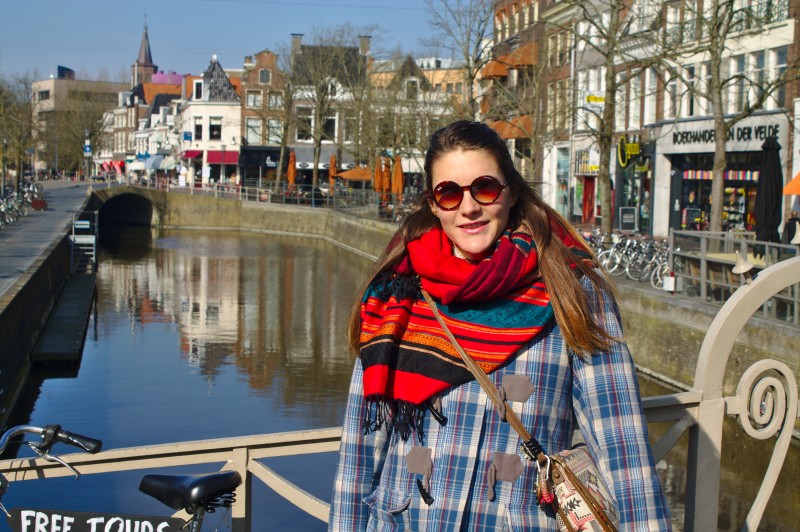 A trip to the Netherlands can’t be done without having a typical Dutch beer like Grolsch or Heineken. Sitting by a canal, enjoying a good beer contributes to the unique Dutch flair. Be careful though, drinking in public is not allowed in most places.

Want a Free Tour? Check out free tours and other tours on A Guide to Leeuwarden.