Every now and then we’re catching up on our mission to explore abandoned sites that once represented marvelous examples of contemporary architecture but are now in a dilapidated state.

We call this series

…because visiting those abandoned places feels like traveling back in time.

Our experience shows that the majority of abandoned buildings is located in the countryside and in surroundings which are difficult to access. However, abandoned sites can also be found right in the city.

We have a mysterious obsession for ruins and forgotten places. Fences and locks cannot keep us away from exploring the secrets left behind.

Luckily, abandoned places follow us wherever we go. Check out our footage about the abandoned hotels Panorâmico in Lisbon and Monte Palace on the Azorean island São Miguel.

This article features a collection of the best abandoned places in Prague. To kick off, let us introduce you the abandoned resort Barrandovské Terasy in Prague. A place that evokes a mysterious atmosphere to those, who are capable of letting their thoughts wander and embracing the spirit of an ancient time. The modern complex with the lookout tower dates back to 1929, marking a glamorous era for the Czech movie industry. At that time, the Barrandov film studios in the neighborhood were flourishing, attracting famous actors and film makers from all over the country.

The high society used to spend recreational weekends and holidays amongst lush nature, far off the city. Following the ups and downs of history and economy, the appearance of those buildings in the sky began to crumble until there was nothing left but time and nature, taking over what mankind once created. The hotel as well as the swimming pool below were shut down without knowing what their future would look like.

After a decade of complete desolation, the building was finally returned to the family of Vaclav Havel, the well admired father of the former president of Czech Republic.

However, a construction corporation showed interest in the site and bought it, promising to rebuild it according to the style of Max Urban, who originally designed the Barrandov Terraces as well as the nearby film studio. Unfortunately, construction is already underway and the site no longer seems accessible to visitors. For a long time the freight station in the district of Žižkov served as a retails and storage space as well as a venue hosting music and arts events. It holds the status of a national cultural monument and thus cannot be torn down or significantly altered. Last year the city announced plans to transform the site into a new neighborhood with living spaces, offices, stores and schools. One part of the complex will accommodate the headquarters of the national film library. The revitalization project will preserve the cultural heritage of this place.

In 2017, we spent a wonderful summer day in this special location, where nature partially took over. There will come a time when these photos will evoke nostalgia. At the latest, when reconstruction is going to alter the look and feel of this place forever. Despite the poor state of the train station in Vyšehrad we were happy to stumble upon another adventure of urban exploration. We were not able to peek inside as all doors were shut closed. Since the 1960s the train station in the Art Noveau style is not in use anymore. The latest repair attempt dates back to 1990.

After the complex was acquired by a foreign company it was left abandoned until the present day. It is a shame that the city cannot reclaim this precious historical monument and try to save it. The loss of cultural heritage is at stake. The next time you make your way up to Petřín keep an eye open for some really cool ruins. The building is hidden behind a fence and can be easily missed. Especially in summer when this place is overgrown with shrubs. Nature has reclaimed a big part of the roofless building. It definitely makes for some great photos. There is a database of empty buildings in Czechia connected to an interactive map. For each registered building you can find information on the date of establishment, as well as an archive containing key information about the development of the building over time. If you spot an abandoned building in Prague, go and check the database for more details.

The name of the building originates from the owner of the site František Xaver Turba, a former royal councilor of the Czech Chamber. In 1756 he laid the foundation for a baroque homestead and additionally rebuilt the vineyard house based on the medieval vineyards that used to flourish in this area. On top of Petřín lies one of the largest and most bizarre remnants of the Communist era: Stadium Strahov. Built in 1926, it grew to fame during Communist rule, when mass gymnast formations were held as a celebration for the liberation of Czechia from the German perpetrators. Known as the Spartakiada it was watched by millions of people live or on TV. After the Velvet Revolution, the site became mostly abandoned. The eight football fields are still used by the Prague football team Sparta. In 2003, the complex was proclaimed UNESCO World Heritage, which protects it from investors turning it into another shopping mall or fancy apartment block. Today, the dilapidated stadium has a spooky post-apocalyptic atmosphere. The fate of the stadium is yet undecided. When you take the bus and get off at the stadium, you will be captivated by the spirit of a dark past. 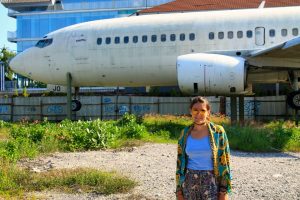 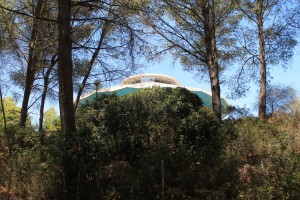