As a daughter of Croatian Bosniaks who originated from Mostar, I hold a quite special connection to the country of Bosnia & Herzegovina. Although my parents emigrated only a few years before the evils of war threw the country into deep chaos and destruction, I could witness the development of the country during the aftermath through my yearly visits. For someone like me, with a Bosnian background, no question can be more fatal than the question about my ethnic group, because in the country of my ancestors, we distinguish between Serbs, Muslims and Croatians. I belong to latter group. Each ethnic group corresponds to a religion and this correlation is essential to shape someone’s identity.

Croatians attend Catholic Mass on Sundays, whereas Serbs take part in Orthodox ceremonies. Muslims listen to the call for prayer played from the tower of the Mosque. As it can be experienced in many families, religion stands in the first place. Mixed marriages are rare today as well as inter-ethical friendships.

Although tolerance is an important value in society, the tensions among the citizens are still visible. The different members of the ethnic groups stay in their own circles and mistrust the opponent groups. Family in Bosnia & Herzegovina is a safe haven for the young and elderly members. It’s common for the elders to live under the same roof with younger generations. Cooking and eating together is practiced daily and help is never too much to ask for. Often a family owns only one single car and many other things are shared to save money.

Traditional values have persisted until today so that kids leave their parental home when they marry and decide to found their own family. For children, it’s normal to take care of their parents in age and step in whenever a helping hand is needed. The gender roles follow quite a conservative scheme. Women are responsible for home and children. Men are the patriarchs of the family and contribute to its financial security. Similar to Jerusalem, there is an abundance of religions coexisting and until the 1990s this happened in peace. The attack of Serbian forces against the Muslim population disrupted the country. The civil war that broke out, had a destructive impact on almost all parts of life: the economy collapsed and food and water shortages combined with lacking medical aid resulted in hunger, illness and death.

Especially the widely condemned genocide crimes have caused mistrust amongst each other. If entire cities are brutally exterminated within a couple of days, while the rest of the world didn’t have the slightest clue, nobody can expect that the people continue their lives as if nothing happened, even after many years of peace. The war in Bosnia has taken thousands of lives, tore apart families and weakened the trust in the state that was supposed to ensure the protection of the civilians. Whoever did a roadtrip through BiH, won’t forget the beauty of the landscapes seen from behind the steering wheel for a long time. Endless mountain ranges, dizzying ravines, scenic landscapes and clear tarns add up to a paradise for lovers of nature.

BiH is a green place where Mother Nature flaunts herself brilliantly. Those looking for an exciting roadtrip for his or her next trip will be amazed in every sense by the beauty of BiH. Even in big cities like Sarajevo and Mostar there is almost no trace of rush. People perform their tasks with a calmness and ease. Values that could also make our lives a bit less stressful.

The more you distance yourself from the cities and the deeper you get into the rural areas of the country, the more quiet it becomes. Here and there you can spot a person working in the fields or see kids making their way to a neighboring village. Although BiH was once a promising country rich in culture and a progressive lifestyle, this development was stopped by the evils of war. From today’s perspective, BiH has made a giant step towards rebuilding and modernization. Nevertheless, there are still many matters that prevent an economical recovery.

Whoever is looking for a solid infrastructure of public transport, an affordable health care system for all citizens and working places, will be disappointed. Work is scarce and the few who have a job can barely cover rent or pay for food. The support of the government is poor and often not to expect what made many people lose trust in these institutions. Whoever decides to settle down in BiH after a prosperous career in the West, is usually a local from there. Pensioners who worked in Germany, Austria or France can live a life above average in BiH.
However, for people who have the wish to emigrate, BiH may not be a good choice.

Last but not least due to the traumatic history of the country and the restricted economical opportunities as well as the cultural barriers. Who passes ruined buildings day by day and who hears tragic story about loss and genocide every time when visiting ancestors, it’s nearly impossible to make peace with the past.
Even in my position as the daughter of Croatian Bosniaks, who was born in Germany during the heat of war, I couldn’t be isolated from the violent acts that were committed in my family’s country.

Today, I can hardly remember the never ending reports and photos on TV and in newspapers. However, as a child of Bosnian parents you will be confronted by this dark chapter of history for the rest of your life. Who decides to travel to BiH in order to cope with the history of this country, proves that he is not interested in superficial sightseeing but rather strives to really understand the core of this country because a journey through BiH will touch your heart and soul. While past actions have thrown the country back many decades in the terms of economy, infrastructure and social services, there is only little space to look back. The well-educated youth is looking forward to a brighter future and tries to find a middle way between tradition and modernity.

The locals are caught between the memories of rough violence and the wish for peace as the biggest ideal worth to fight for.

Don’t forget, but always forgive is one of the most famous sayings on monuments in the area around the old bridge of Mostar. This sentence will stay in your head for life after a visit to BiH. 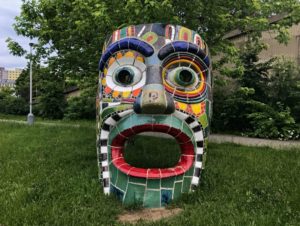 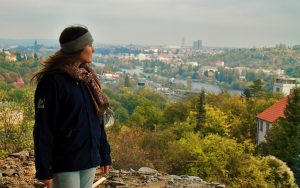 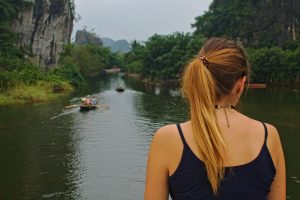